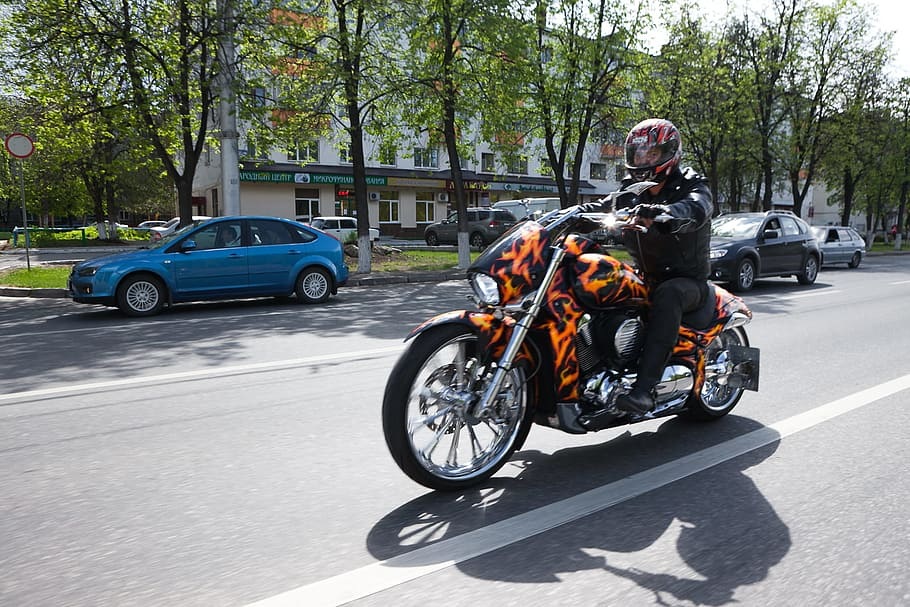 If you love motorbikes and binging to TV shows and series, this article is perfect for you! Motorbikes have become more prominent over the years as the bike culture grows. A part of bike culture links with the TV industry or film industry to give us folks, brilliant shows, series, movies and documentaries about bikes. There are so many different genres like racing, travelling, stunts, long rides, solo long rides across the world, repair, customization and much more. This article will showcase some of the best series across all genres, all handpicked by Hoopy Doorstep Bike Service.

The Sons of Anarchy was a motor-cycle themed show that aired on TV from 2008 to 2014. It was a very popular show that had a mileage of 7 seasons.  This series breeds the motorcycle club culture into the viewers perfectly. Based on an outlaw biker gang, the show focus on their lives and the bike culture as a whole. They even had a real outlaw biker of an old biker gang on set everyday as a technical advisor.

This is based on the life of motorcycle stuntman Travis Pastrana. Travis and his friends used to go riding around the world on their motorcycles, performing insane stunts. What started off as a live show, now brought in a whopping sale of DVDs’ which got these bikers fame.  They were offered to make a TV show on this and later on they even had their second world-famous TV show. The icing on the cake was them putting out a 3D film in 2012. It was a massive success.

This series features actor Ewan McGregor and his buddy, Charlie Boorman, venture on a 31,000 km journey to New York from London. They rode on their BMW motorbikes and crossed about 12 countries, including some of the countries in Europe. This is one of the rawest series out there, showing all the hardships and triumphs Ewan and Charlie. It captures the quintessence of being a rider. Long Way Round came out in 2004, and later Long Way Down.

This legendary show will take you places, literally! Norman Reedus is famous for playing Daryl Dixon in the Walking Dead. Apart from acting, he is an active motor-head whose love of bikes and venturing to new places keeps growing.  This show follows him on his bike trips to numerous destinations and has been airing since 2016. The show is pretty famous, and gives insight about the different bike cultures too, around the world.

This American crime drama tv series has been on air since 2018 and has 2 epic seasons to binge on! Based on outlaw and gangster bikers, Ezekiel Reyes is the centre of the story. He is a convict, returning to his hometown after serving his time in jail. With darkness rooted in his soul, he ventures into a world of more crime and danger. This is absolutely a killer show because this has a different take on biker groups and their culture.

Tallying Cars is an American unscripted tv arrangement, appeared on History, and created by Leftfield Pictures. The arrangement is the third side project of the TV arrangement Pawn Stars, following American Restoration and Cajun Pawn Stars. It is shot in Las Vegas, where it annals the every day exercises at Count’s Kustoms, a car rebuilding and customization organization claimed and worked by unbelievable Danny Koker, who recently showed up as a repetitive master on Pawn Stars. In an organization like American Restoration, the arrangement follows Koker and his staff as they reestablish and change great vehicles and bikes, and reports the infrequent clash among the cast individuals.

Fast N’ Loud is a reality styled Discovery Channel TV show including Richard Rawlings and his team from the Dallas, Texas-based Gas Monkey Garage as they look for tired and run-down vehicles, and reestablish them for benefit. Fast N’ Loud is one of a kind in the truth class, since the scenes in some cases join a play into the topic of the scene.

The show was effective in its first season. The show additionally has a side project show called Misfit Garage and Fast N’ Loud: Demolition Theater in which Richard and different workers, and furthermore the “people in question” of a similar clasp watch these with their remarks.

Fast N’ Loud is delivered for Discovery by Pilgrim Studios while Craig Piligian and Eddie Rohwedder fill in as official makers.

Now I know you want me name out more series or shows, but first binge on these! They’re worth your time and worth the snacks. While you’re at it, you can also get your bike serviced at your doorstep by Hoopy Doorstep Bike Service.