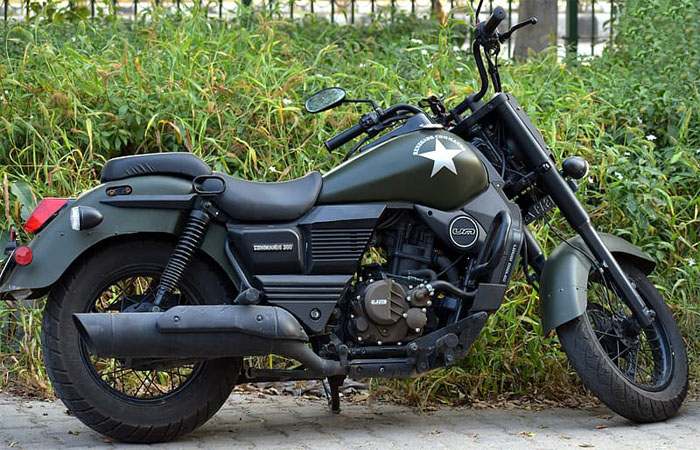 The cafe racer bike is one of those bikes folks drool over when they see one pass by. The bike’s aesthetic speaks volumes through its stripped down minimalistic bodywork. It’s light-weight body, tuned engine and low handlebars are some of the distinctive features of the cafe racer bike. It also has a unique seat, and a rear-set/footrest that makes the rider’s posture like a racer. This allows the rider to tuck in, increasing wind resistance and control. The cafe racer bike is meant for speed and control. This was first used in London in the early 60’s and eventually became an iconic bike from there. Although this bike wasn’t absent in the Indian market, it made its way and became prominent in 2013. You can see a lot of cafe racing bikes in Bangalore too. Here’s a list of the best cafe racing bikes in Bangalore, brought to you by Hoopy Doorstep Bike Service.

The Continental GT 650 is classic cafe racer bike. It has created a buzz in the roads of Bangalore. It’s a powerful bike with great performance, control, and with iconic shape & design. The GT 650 also comes with an online configurator which can help the rider customize parts of the body accessories. The bike is powered by a 648cc engine giving the bike a peak power of 7100rpm and torque of 52nm.  This has a mileage of 25kmpl, with 6 speed gear box. The fuel tank is small though, 12.5 litres only. However this bike is perfect for fast riding and gives the rider comfort too.  This bike comes around Rs. 3, 34,000.

The interceptor 650 makes is a powerful bike that can take on load. It’s raw, fast and is considered as one of the best bikes by Royal Enfield by the folks of Bangalore.  At the moment in the Indian market, the Interceptor 650 is going head to head with Harley-Davidson Street 750 and Kawasaki Z650. Known as the one class act, this bike comes with 648cc, with a power of 47.65ps and a torque of 52nm. It has a mileage of 15kmpl and a 6 speed slip-assist gearbox. The look of the bike is retro at its core, which gives a timeless look. This bike gives the rider a thrilling ride, and also a comfortable one. The Interceptor 650 is priced around Rs. 3, 27,000.

The CB300R is one the first cafe racing bikes that competes with the pricing of the other brands without compromising the style, efficiency and power. Honda has cut the cost down, making it around Rs.2, 41,000.  It has a 268cc single cylinder, producing 30.45ps and a torque of 27.5nm.  It gives a 37.92kmpl, which is great! When it comes to the look and feel, it one of the most promising bikes out there. Like mentioned earlier, the Honda CB300R has a lot of competition.

The Leoncino 250 is a refinement of the Leoncino 500. This bike has a 249cc single cylinder, liquid cooled DOHC engine. It carries out 25.8ps and a torque of 21.2nm at 8000 rpm. Leoncino 250 gives a mileage of 37. The bike comes with a 6 speed gearbox. It gives the riders stability and control over speed while riding, and also has good seating so the rider has better posture.  The Leoncino 250 is estimated to around Rs.2, 81, 000 which is pretty cost effective.

Motorcycling is an indication of unadulterated opportunity: scene, corners, straights, each mile tallies. In the event that this is the way you have picked, the R nineT is the ideal partner and knows scarcely any cutoff points with regards to your own satisfaction because of its innumerable customization prospects. The character of its air-cooled fighter motor, joined with its cutting edge innovation, overpoweringly drives you forward in a way that can be obviously felt with its full force bend. Directly from the beginning, the R nineT has excited, roused and invigorated motorcycling aficionados around the globe.