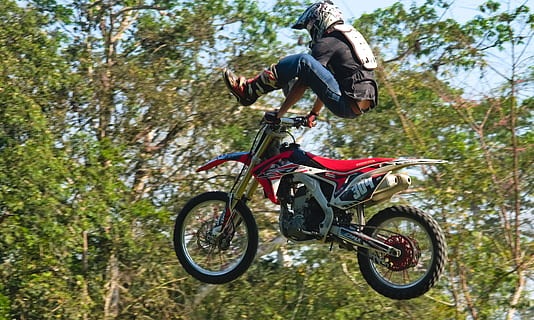 Races make hearts pump more, and being the one on the bike racing amongst other racers, now that’s intense! Bike races are no doubt cooler than car races, there’s just more to watch and look at for. These races have the best compete with the best and it’s not about winning, it’s about giving it your all and proving you really deserve that winner title for the insane riding skills shown.  These races are gone in the books of history, and are remembered for how legendary they were. So here’s a list of the greatest bike racing documentaries of all time, brought by Hoopy Doorstep Bike Service.

This is a sports documentary on the world’s most dangerous racing circuit, The Isle of Man.  This circuit has claimed the lives of many extremely skilled racers.  It holds downs personal footages of riders, and their way of preparing for the race of their lives. It has stunning racing footage and this was taken during the race in The Isle of Man in 2011. It showcased racing in a much different perspective and for your viewing pleasure, this documentary can be 3D.

This is based on great motorcycle riders and racers. On any Sunday was made by Bruce Brown and was released in 1971.  It even featured the legendary Hollywood actor Steve McQueen in the documentary, riding dirt bikes. It follows professional riders and racers, understanding their mindset and riding discipline. It also encases their talents, their collection of bikes and they chose racing in the first place. This captures the free-spirited riders in their element.

This is based on the MotoGP races, from the seasons of 2001 and 2002. Those two seasons gave MotoGP fans the best races and insights into the world of top level Moto GP racing. This features a lot of important events from the Moto Grand Prix, like when Valentino Rossi became a God like figure in the MotoGP and when John Hopkins had his first race at the young age of 18.  It features brilliant shots of races, insightful interviews from the racers and the MotoGP community.

This documentary focuses on the US Grand Prix held at Laguna Seca in 2006. The prime focus of this one lies on 3 top racers, Nicky Hayden, Colin Edwards & Valentino Rossi. The documentary tells us how the circuit at Laguna Seca was articulately challenging for most racers.  Though this is filmed over 13 years back, it encases the best races, where competition and winning were two different things. The coolest part of this is the way you feel connected with the racers, it’s more on a personal level. The race footage are retro-like and our beloved biker and actor Ewan McGregor does narration over the course of this documentary.

It is a 1976 Danish narrative movie coordinated by Jørgen Leth. The film is an order of the 1976 Paris–Roubaix bike race from the point of view of members, coordinators and observers.

Paris–Roubaix is the most well known and as a rule the most sensational of the spring works of art. A great part of the last segment is over tight, cobbled tracks that gag with dust on dry days and become smooth and sloppy in downpour. For the riders it is a test to prop up without puncturing or slamming.

The film catches the occasions of the 1976 version as well as the environment of an expert race. It starts by presenting the competitors: Eddy Merckx, Roger De Vlaeminck (the earlier year’s victor), Freddy Maertens, and Francesco Moser, each with their supporting riders (the domestiques), who are accused of helping their group chief win. The movie gives perspectives on the group chiefs, dissenters (the race is ended for some time), onlookers, mechanics and riders.

The Flying Scotsman is a 2006 British show film, in view of the life and profession of Scottish beginner cyclist Graeme Obree. The film covers an incredible time that saw him take, lose, and afterward retake the world one-hour separation record. The film stars Jonny Lee Miller as Obree, Laura Fraser, Billy Boyd, and Brian Cox.

Recent Blog:- You need to Binge on these Badass Biker Series

The film begins with Graeme Obree (Miller), who experiences a devastating bipolar issue, cycling into a wood where he gets ready to hang himself. A flashback to Obree’s (Sean Brown) adolescence delineates him being truly assaulted at school by different students, leaving extreme mental scars. One day Obree is given a bike by his folks and we see Obree avoiding the domineering jerks on his bicycle.

These documentaries should do the trick of making you get out and go riding! But before you do so, make sure your bike is performing at its best. If it’s not, well don’t worry about taking it out to repair the garage or service centre. You can get your bike serviced at your doorstep/premises by Hoopy Doorstep Bike Service, while binging to these rad bike racing documentaries.