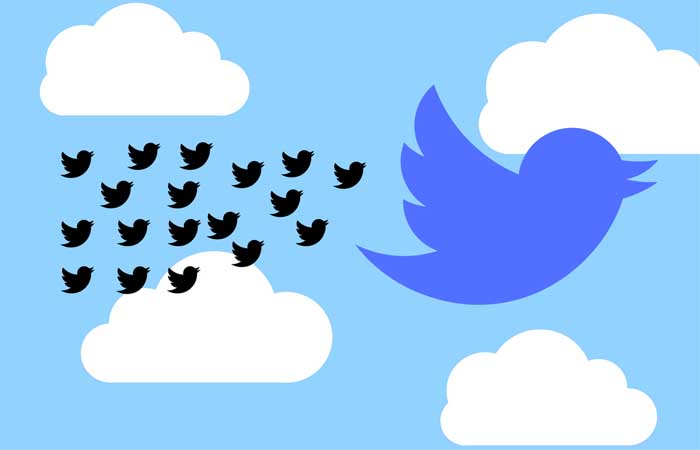 For companies and brands, Twitter has become an indispensable mainstay in PR marketing and public relations.

Anyone who builds up an active following gets attention, and boosts brand exposure on social media.

No wonder, after all, more than 200 million people around the world now use twitter to get their words out to the world.

Thia is applicable to small businesses and big brands as well.

A large number of companies use Twitter to inform customers or target groups, to get in contact with them or even to offer support services.

If you do it right, your company can quickly generate a considerable number of followers and consequently generate continuous attention for your own brand.

But how do you manage to build a steadily growing base of followers?

The decisive factor here is the interaction with users on Twitter whose tweets are often retweeted, favored or mentioned, increases their reach – and thus also the number of followers.

Companies should consider a few tricks for this. Ten tips to get more followers.

No more than 19 percent of companies tweet on the weekend, but this is not an old practice.

There’s a lot of room for improvement that businesses should use for themselves.

Not every social media manager feels like working on the weekend.

Fortunately, there are a number of tools businesses can use to prepare and schedule their Tweets.

And it’s definitely worth it: users particularly enjoy interacting with brands at the weekend via retweets, favorites and clicks, 17 percent more than during the week.

With social autopost tool, you can write your tweets on Monday and schedule from Monday to Sunday, you can even set the time to send your tweet.

While at sleep, you can tweet on twitter on auto pilot. You can also target other geographical region in your posts.

While only a shot message of 140 characters or so is allowed on twitter, you can say much with just an image.

As a brand or even small business, you should always attach a link to an image or graphic to your tweets.

It has been statistically proven that this increases the interaction rate of the audience in almost 100%.

After writing 140 characters, the twitter hammer falls on you, tweet on the short message service cannot be longer.

Above all, however, companies should ensure that they always write below this limit value.

In general, the shorter the tweet, the more attention it arouses among users.

These numbers come from social media researcher Dan Zarella , who examined 200,000 tweets, and several other researchers.

People are always in haste when they’re online, and spend a little reading contents on social media.

Tweeting a short post means people can get your message at glance, and can thus interact.

It is true you’ve target audience in business marketing. However, in this competitive business ecosystem, you should target all mature ages in your campaign.

You can target ages below the age group of your target audience to prepare them to get your products or services when it’s time.

Analogous to numerous other forms of marketing or public relations, the right target group thinking also plays a role on Twitter.

In the meantime, not only young people with an affinity for the Internet use the short message service.

In fact, the fastest growing user group is between 55 and 64 years old.

Companies should therefore try to address as many age groups as possible with their tweets in order to increase their reach.

Less surprising, but still effective: hashtags. The indexing of tweets with the help of the small hash help users to find content on a certain topic more easily.

Companies can benefit from an interaction rate that is twice as high. But be careful, companies shouldn’t overdo it.

Statistically, the interaction rate decreases in proportion to the number of hashtags used.

When you as a business interact with your followers, you are primarily addressing users of mobile devices.

66 percent of user mentions to companies on Twitter come from a smartphone or tablet.

Accordingly, companies should always prepare their tweets as “mobile-friendly” as possible.

This includes the linking of responsive websites in tweets as well as the direct linking of other people’s Twitter accounts, should they be relevant in the short message.

In combination with hashtags, users do not get into the mess of opening their mobile browser for more information.

This creates sensitivity for more interaction and lowers the “follow” hurdle on the part of the user.

Companies need to pick up their (potential) followers at the right time.

For example, wherever they have time to take their smartphone out of their pocket. It has been proven that Twitter is used for this purpose in the morning on the way to work or in the later hours of the afternoon.

However, we do not recommend you posting in the evening, between 5 and 7 p.m. and – of course – the night hours.

Admittedly, this strategy works as a “quick’n-dirty” trick, but it has been proven to be incredibly effective.

Tweets in which the user or the company asks for a “retweet” have a twelve times higher chance of being spread directly than other short messages.

Companies should definitely prefer the written word “Retweet” to the common abbreviation “RT”. This is because it ensures comparatively fewer interactions.

It is clear that the method described in point 9 is not popular among followers.

At best, it can provide more followers in the short term.

It is a healthy middle ground if companies consistently put links in their tweets instead – because they are also gladly retweeted.

As a Twitter study has shown, users who particularly like to retweet are very sensitive to direct messages.

122 percent more than other users, to be precise. At this point there is a lot of potential for businesses to pick up users via this function with corresponding messages.