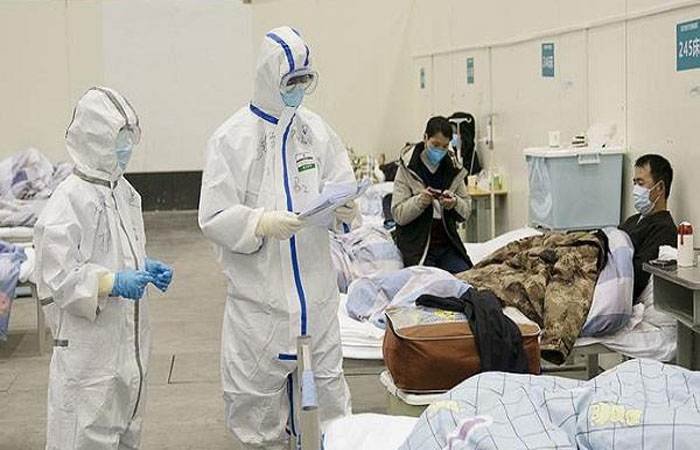 According to Lov Aggarwal, Joint Secretary, Union Ministry of Health, Government of India, 3900 new cases of COVID-19 have been reported so far in the last 24 hours. And 195 deaths have been recorded. With this, the number of total infected has reached 32,138. According to the ministry, even though the recovery rate of patients is improving, the increasing number of infected is becoming a matter of concern.

Now questions are also arising that, despite long stringent rules like lockdown and social distancing, why is corona virus infection spreading fast? To a large extent, the answer is seen only in Kovid-19 positive patients. Talking about Ghaziabad district of Uttar Pradesh adjoining the capital Delhi, here, 44 patients were found to have asymptomatic. So far more than 60 patients have been found here, out of which 80 percent are asymptomatic patients. According to doctors, asymptomatic patients are playing an important role in strengthening the corona virus chain.

Who are asymptomatic patients?

Ministry of Health has expressed concern

The Health Ministry has expressed a major concern about the spread of the corona virus only last month. The ministry had said that 80% of the patients of Kovid-19 are showing no symptoms or very common symptoms. It’s a matter of concern. That is why it is being considered to change the way Corona virus is investigated in India. Asymptomatic patients can spread the infection easily to others. The World Health Organization has also warned the world about the spread of corona virus infection.

Maharashtra, the state most affected by the corona virus, has 14541, followed by 5804 in Gujarat, 4898 in Delhi, 3550 in Tamil Nadu, 3550 in Tamil Nadu, 3061 in Rajasthan, 3049 in Madhya Pradesh and 2859 in Uttar Pradesh. As the population of these states increases, the danger is also estimated to be greater. However, the situation is normal in some states, such as 1717 in Andhra Pradesh, 1259 in West Bengal and 1233 in Punjab, besides 1085 patients in Telangana are corona positive. The rest of the states’ score is less than a thousand. There are many states and union territories where there are not even a single case.