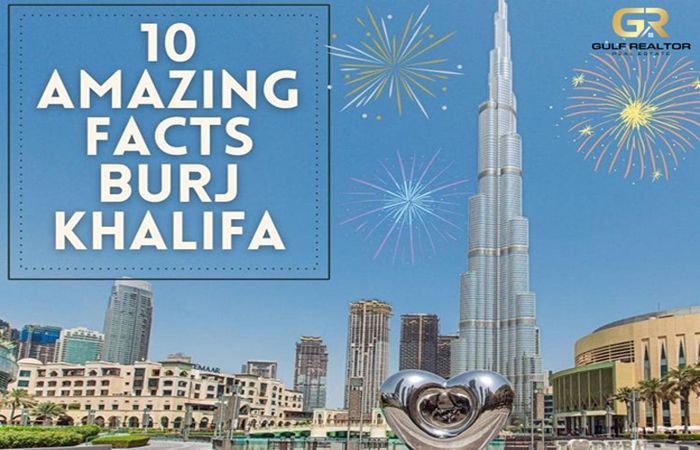 Besides, the numerous reasons Dubai is world-wide known for, one of the most important reasons is Burj Khalifa in Dubai for being the tallest skyscraper in the world. People from the globe visit the Burj Khalifa for the purpose of movie shooting, photo shooting, tourism, and many more. The majestic designs of the tower give inspiration to the world to move towards innovations and creativity. Today, we will tell you about the least known fascinating facts about the building that will surely blow your mind.

1- Number of people who built the tower

The tallest tower took a good amount of time to build and a great workforce. Around 12,000 people shed their sweat to build this most captivating Burj Khalifa. The intelligent workforce worked day and night to construct the most beautiful building. This is very well evident every time when tourists visit and drop their jaws for its mind-boggling design.

It is a tough task to guess the total number of its workforce took to building this tallest skyscraper. But, to make you thrill we are telling you that around six years were taken, which is equal to twenty-two million man-hours. The constant job was done without any disruption to build this royal tower.

When it comes to building the tallest tower in the world, it is crucial to use the most trusted and qualitative material. Premium quality has been ensured for the safety of the people. To make this gigantic building more stable, a Y-shaped structure is given. The 2,716.5 ft tower was built using tons and tons of concrete that cannot be measured in number, but as per an approximate idea, around 100.000 elephant’s worth of heavy metal was used. Moreover, around 39,000 tons of steel reinforcement, 103,000 sq. m of glass, and 15,500 sq. m of embossed stainless steel was used.

Since a hundred and more visitors visit the tower daily, it is very important to focus on the cleanliness of the building. A bunch of people engage in the upkeep of the tower. It is surprising to know that a team takes around 3 months to clean each glass panel of the tower one-by-one and start over again once they are done with it all. The 360-degree tower is absolutely hard to maintain, but a special team is appointed that only looks up to it.

The Burj Khalifa is not just recognized all around for its spectacular height, but for showcasing the art and culture, too. The tower is visited by people to appreciate the mind-blowing Armani Hotel, which is the world’s first. From exterior to interior, and top to bottom, every corner of the building bespeaks the hard work and creative inputs of the artists associated with it. The oval sculptures made by one of the most prominent Egyptian artists—Karim Rashid, who worked hard that indeed added sparkles to its beauty.

To read the topmost floor and return back from the ground floor, a good speed of the elevator is a must.The elevator inside the building moves 10 meters per second. This makes it the fastest moving elevator in the world. The elevator can take you to the 124th floor in just one minute. With this, you can easily visualize its speed.

People from all over the world visit Dubai especially to witness the fantastic firework program at the Burj Khalifa on New Year specifically. It displays the world’s highest and alluring fireworks. This is the center of attraction for spectators from the world.

The luxurious tower has 900 apartments. It includes beautifully designed one, two, three, and four-bedroom apartments. The apartments are available for rent. If you want to live, you have to pay the rent of AED 200,000 per year to rent a two-bedroom apartment. The chic experience of living in the world’s tallest tower is obviously extraordinary.

According to authentic data, around 15 million gallons of water is collected every year sustainably. The water is further used for the purpose of irrigation, cooling systems, and supply for the Dubai Fountain Show. Each drop of the water is being used thoughtfully; in a manner that optimum utilization is done.

The facts mentioned above, not only amaze us but forces us to appreciate the intelligent minds of the developers who poured their heart into making the tallest skyscraper in the world. Obviously, even thinking about it is magical, I wonder how amazing the building would be in reality. This gives us inspiration every time to visit the tower over and over again. No wonder why Burj Khalifa stands apart in the world, not for its beauty only, but for its unknown remarkable facts as well.

Related Post:- 5 Best Things To Do In Nyc On Your First Visit